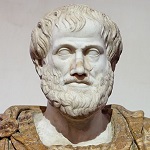 As the number one mental health issue in North America, anxiety is often a debilitating problem for both teens and adults. The Anxiety and Depression Association of America reports that up to 25 percent of teenagers suffer from anxiety disorders. While most forms are highly treatable, the majority of sufferers do not seek professional treatment.

The relentless nature of anxiety can provide a rigorous test of character. Many sources of anxiety, such as toxic family relationships and economic hardship, give rise to a sense of hopelessness. But compassionate friends and loved ones can help those who suffer to discover the courage, wisdom, and inner strength to move forward.

Social scientific research suggests that people with anxiety often underestimate their capacity for courage. In a 2007 study published in the Journal of Positive Psychology, Clemson psychologist Cynthia Pury and her colleagues make the distinction between general and personal courage. They report that when most people think about courage, they see it as a fearless and confident attribute possessed only by others. This is the definition of general courage—the type of heroic effort we recognize and praise in other people. Personal courage, on the other hand, is the type we might ascribe to ourselves. People with the self-awareness to see their personal actions as courageous tend to define courage as a response to vulnerability, anxiety, and fear. In fact, this is the type we see most often in real life. Ordinary people become heroes when they rise up to do what needs to be done — in spite of weakness.

Aristotle would likely agree with modern social science that anxiety, fear, and self-doubt are built into courage. He suggests that courage is not founded on personal strength or a feeling of invincibility. Instead, it’s built on the conviction that we’re acting in the service of a noble cause, regardless of how prepared we are for battle. According to Aristotle, knowing that we’re doing the right thing empowers us to manage the pain that frequently accompanies self-sacrifice.

Without a doubt, moving forward in the face of chronic anxiety takes courage. But taking courage is not easy when an intensely negative and overpowering emotion is flowing through our minds. Telling someone to “stop worrying” or to “have courage” is almost always misguided advice. To cultivate courage, we need at least a slight glimmer of hope. This hope can come from a trusted friend who convinces us that relationships can improve and that our personal goals are worth fighting for — even against all odds.

Many therapists recommend a simple activity to help anxiety sufferers step away from their emotions and allow the more rational part of the brain to reclaim executive control. The first step is to articulate and then write down a concrete list of things we’re worried about. Sometimes the very act of identifying what lies behind an oppressive emotion can offer immediate relief.

The second step is to separate the items in our list into two categories: things we can control and things we can’t. Most of the things we worry about include both aspects, one that’s well within our power to influence and another that’s almost entirely beyond our control. For example, if I’m worried about an upcoming test at school, I should realize that I can control how much time I study for the test. But I can’t guarantee a passing score and I can’t control what my peers or my instructor might think of me if I do poorly. If I’m worried about attending a social gathering, I can control whether I approach people with a smile and a friendly greeting. But I can’t control whether or not a stranger likes me based on her first impression.

The worries we can’t do much about are frequently the most paralyzing because they’re accompanied by a sense of powerlessness. If spelling them out on paper doesn’t help us let them go, we can try other techniques like mindfulness breathing exercises or taking a walk in nature. Whatever relaxation method we choose, at some point we need to embrace the fact that some worries impose an unreasonable burden that we can’t afford to carry.

So what about the things we can control? Recent studies on test anxiety have found that at least some stress can be a good thing. Students who tend to do well on exams learn to embrace their anxiety and channel it toward greater focus and positive mental energy. Rather than trying to stop worrying about an exam, they transform their anxiety into excitement. They commit themselves to a plan of study and then anxiously immerse themselves in what they can control. In the language of character development, they create the conditions for courage by resolving on a plan of action.

Anxiety is an urgent public health challenge with no easy solutions. But gentle encouragement and honest self-appraisal can often provide the hope we need to face our fears with courage and grace.